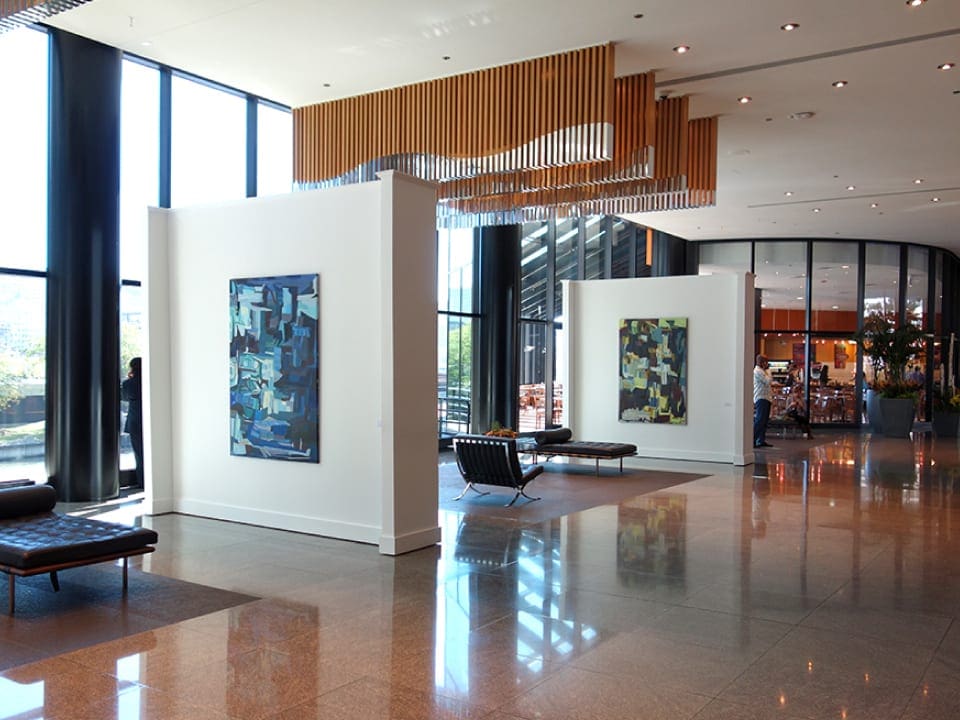 This was an exhibit at 300 S Riverside Plaza, Chicago in 2013. I was solicited by a curator who does exhibits in various places around Chicago. She was looking for someone who did large work for a particular space. I’m not really sure how she found me. But most likely on Facebook.

It was fun to show there, because during the day, the light was really great! however, in the evening, there was barely any illumination at all. the other artist who had work up (one piece – a wall sculpture) and i did a talk to a small group of interested people on a Saturday, when there was less traffic through the space. That was fun, and educational. I wasn’t used to talking that much about my work. Previously, it was mostly short conversations with people at an opening. This was something different. More focused, and deep. A good experience.