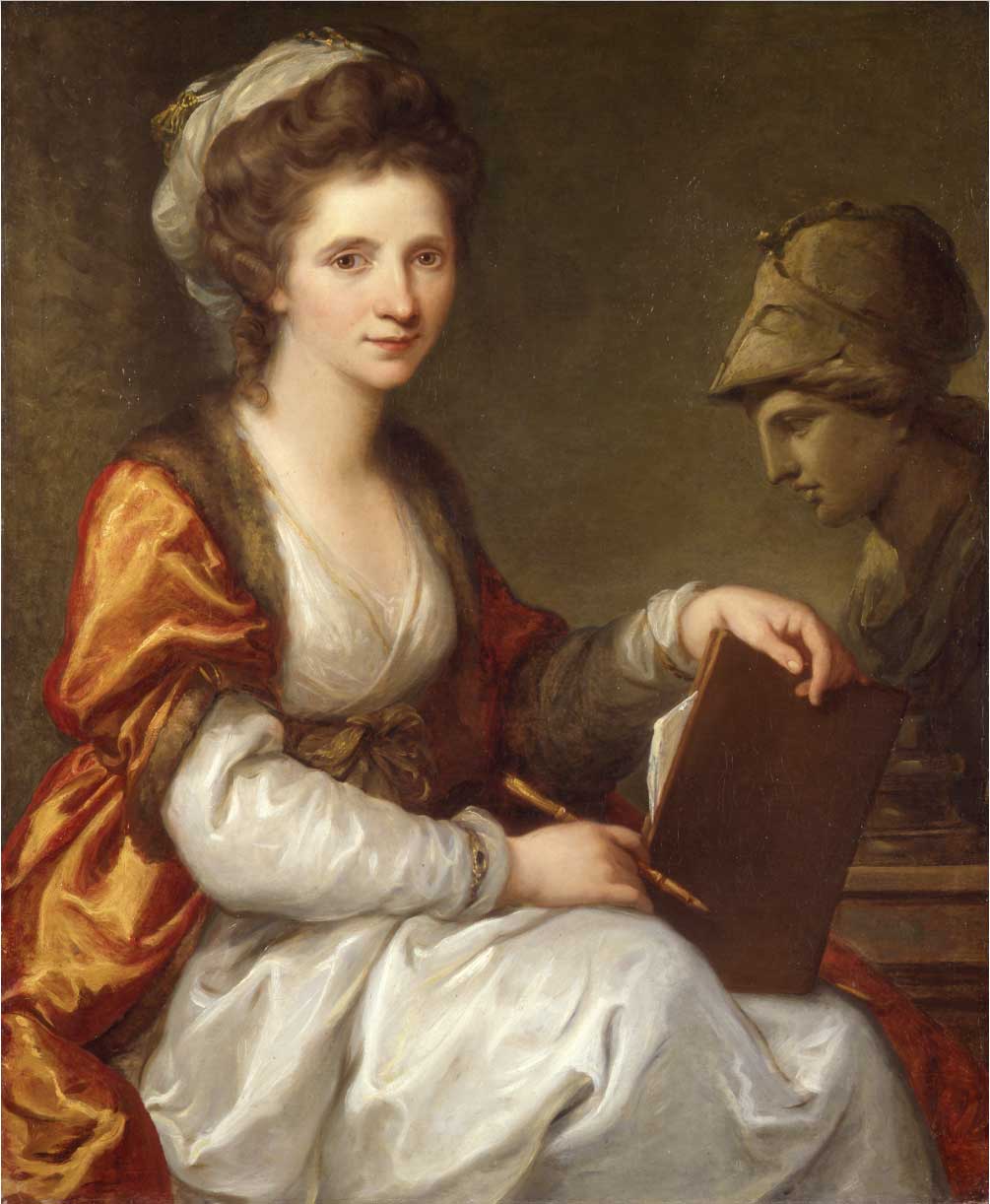 You would not know that two of the 34 founders of the Royal Academy of Arts in London were women based on Johan Zoffany’s famed painting of its members. In The Academicians of the Royal Academy (1770–71), Zoffany depicts a vaunted studio with some 30-plus male artists who consort with two nude male models, chat with each other, and admire the artworks on view. Almost unnoticed are two portraits that hang above them and depict the artists Angelica Kauffman and Mary Moser, whose images appear as avatars, as though these painters were unworthy of joining a room bursting at its seams with men.