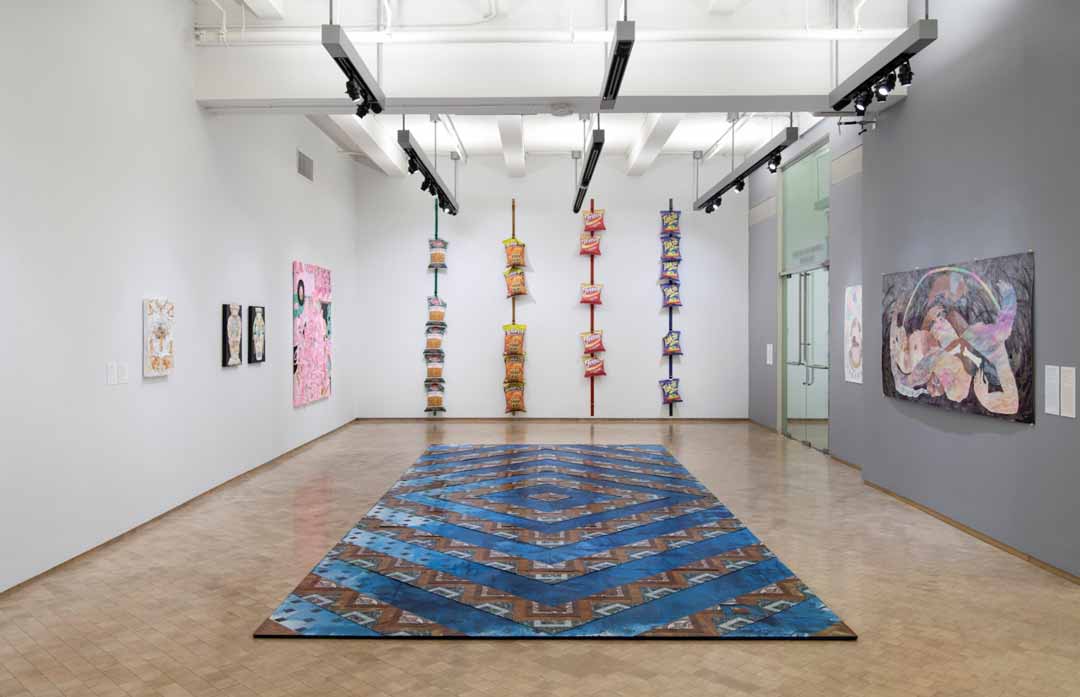 Visitors to museum exhibitions are often greeted by a long wall text, a daunting tract of historical context and theoretical jargon that — however necessary — can feel decidedly uninviting. At the entrance to Estamos Bien — La Trienal 20/21 at El Museo del Barrio in New York City, we are confronted not with a reading assignment but a photograph: Ada Trillo’s “Peaceful Protest” (2020), taken from the steps of the Philadelphia Museum of Art at the height of Black Lives Matter demonstrations last summer. The black-and-white panoramic image, depicting hundreds of supine bodies strewn across the pavement in a staged “die-in” against racist violence, speaks for itself.

Immediately captivating and visually gripping describes much of the art in this sprawling, at times overwhelming, showcase of 42 artists who identify as Latinx — a gender-neutral term for Latin American descendants living in the US or the Caribbean. That’s not to say that its organizers,El Museo curators Rodrigo Moura and Susanna V. Temkin and guest curator Elia Alba, have skimped ondidactic material; the show features bilingual wall labels throughout its eight galleries. But many of the works on view would stand on their own, independent of the context and framework offered by El Museo. In their selections, the curators refrained from sacrificing form or quality to pander to notions of “Latinidad.”