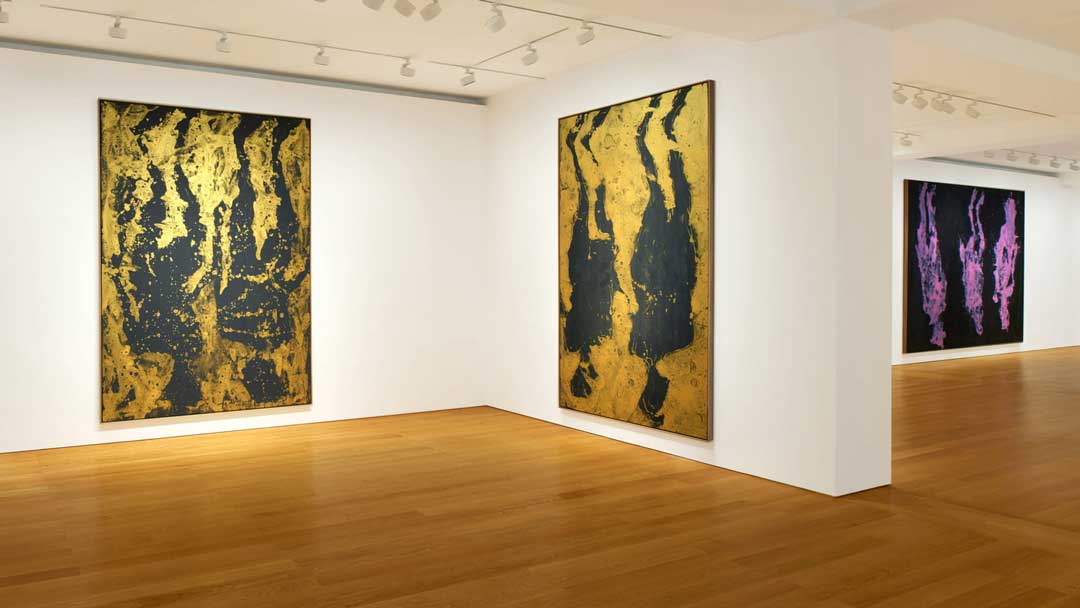 Enigmatic figures appear in a succession of poetic poses across 13 large canvases. Sometimes separate and at other times touching, the works are part of a series of oil paintings by German painter Georg Baselitz, unveiled at the recently reopened Gagosian Gallery in Hong Kong.

Titled “Years Later,” the exhibition of the artist’s latest work showcases a motif that he’s long been recognized for: inversion. For the past five decades, the 82-year-old has subverted traditional depictions of the human form by turning his figures upside down.

Inversion, which helps to slow down the processes of creating and comprehending a work, is, to Baselitz, part of his legacy — a model he remains “devoted” to and something that viewers have, over the years, come to expect.