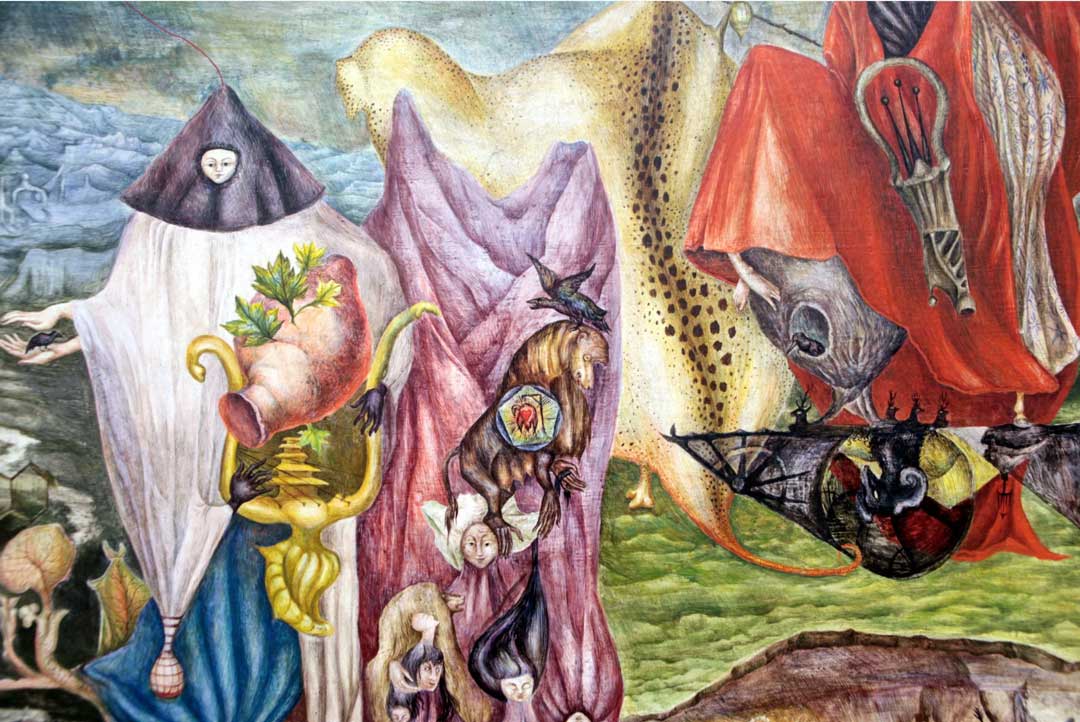 As artist Leonora Carrington told it, shortly after she became friends with members of the Surrealist movement, Joan Miró once handed her a few coins and told her to go buy him a pack of cigarettes. “I gave it back and said if he wanted cigarettes, he could bloody well get them himself,” she told the Guardian in 2007. “I wasn’t daunted by any of them.”

Carrington had more metaphysical matters to pursue. She sought to capture fleeting scenes of the subconscious where real memories and imagined visions mingle. In Carrington’s rich universe, ethereal beings enact rituals with unknown purposes; these creatures have characteristics of women and animals, and seem to be somewhere between humans and beasts. There’s a soft glow and sensuality to her paintings, and some critics have said that this emphasizes Carrington’s femininity, not as a crutch but as a gift.

Carrington outlived many of her Surrealist colleagues, and when she died in 2011, she left behind an immense body of work—novels, prints, plays, costumes, and hundreds of sculptures and paintings. For a while, their importance was overshadowed by her relationship with artist Max Ernst. Art institutions have since rectified the oversight.