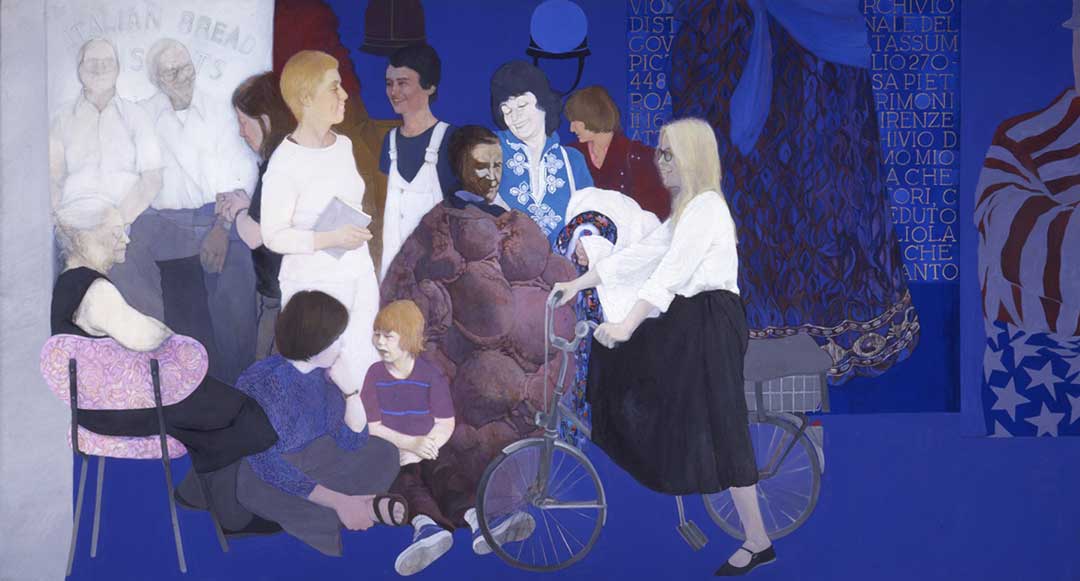 In 1967 May Stevens began work on her “Big Daddy” series, a group of paintings made after failed attempts to educate her working-class, politically conservative father, whom she saw as a pro-war, racist, and misogynistic bigot. She suspected that he aired his intolerant views only in the privacy of his own home. But the artist had more personal reasons to resent her father: when her younger brother died of pneumonia at 15, he was unsupportive of his grieving wife, who was later committed to a state mental hospital. This gave Stevens the basis to use her father as a symbol of the American patriarchy, and exemplifies her lifelong commitment to melding the personal with the political.

The “Big Daddy” paintings, which she continued to produce through 1976, are flat, with blue backgrounds, and depict a disgusting white man with a phallic-shaped head amid American flags and military and police uniforms (a nod to his support of the Vietnam war). When Big Daddy Paper Doll (1970), a painting showing her male protagonist with all his outfits, was on view at Ryan Lee in 2017 and visible from the High Line, Holland Cotter of the New York Times called it “the most interesting, no-nonsense piece of political art I’ve seen in Chelsea this year.” 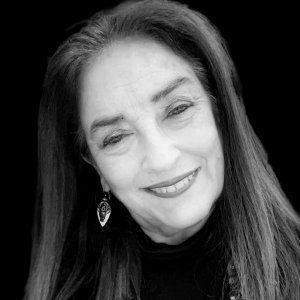 @peepso_user_31(Denise Durak)
Love the flat color and the color in this painting. More about it after I read the entire article.
1 year ago 1 year ago