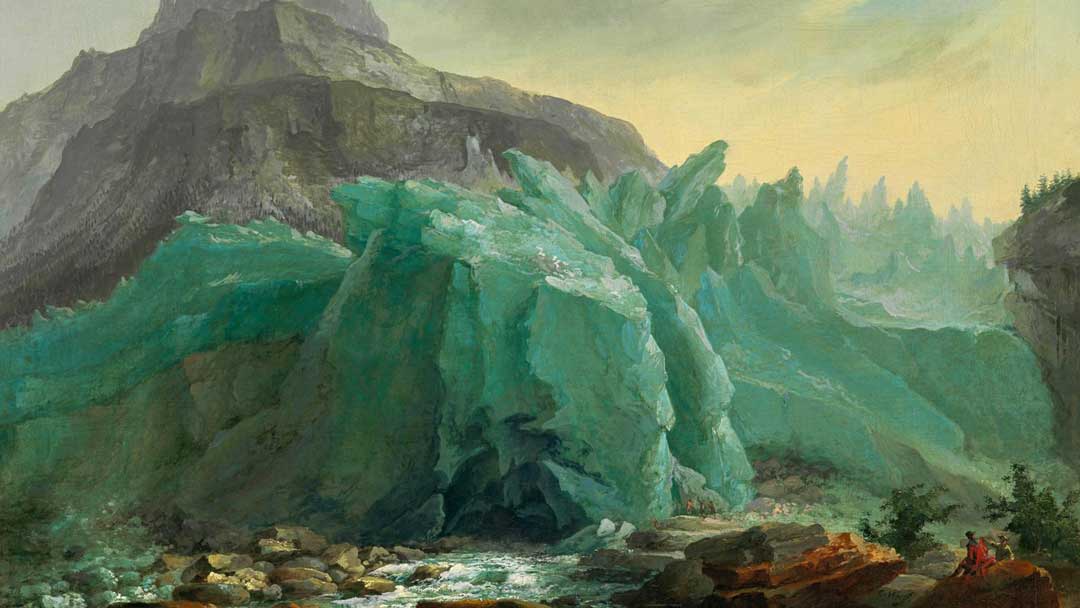 As the 1850s were drawing to a close, the artist Frederic Edwin Church was navigating off the Canadian coast of Newfoundland in preparation for his next painting. The search for the Northwest Passage had captured the public’s imagination for much of that decade and Church – America’s best-known landscape painter – was also lured. He chartered a schooner to approach the sea ice and spent weeks among the frozen blocks before returning to his studio in New York with about 100 sketches.

Church’s monumental painting The Icebergs was presented in an exhibition in New York in 1861, just 12 days after the start of the American Civil War. Its original and more politically-charged name (The North) reflected the time’s views on the Arctic and on ice itself.