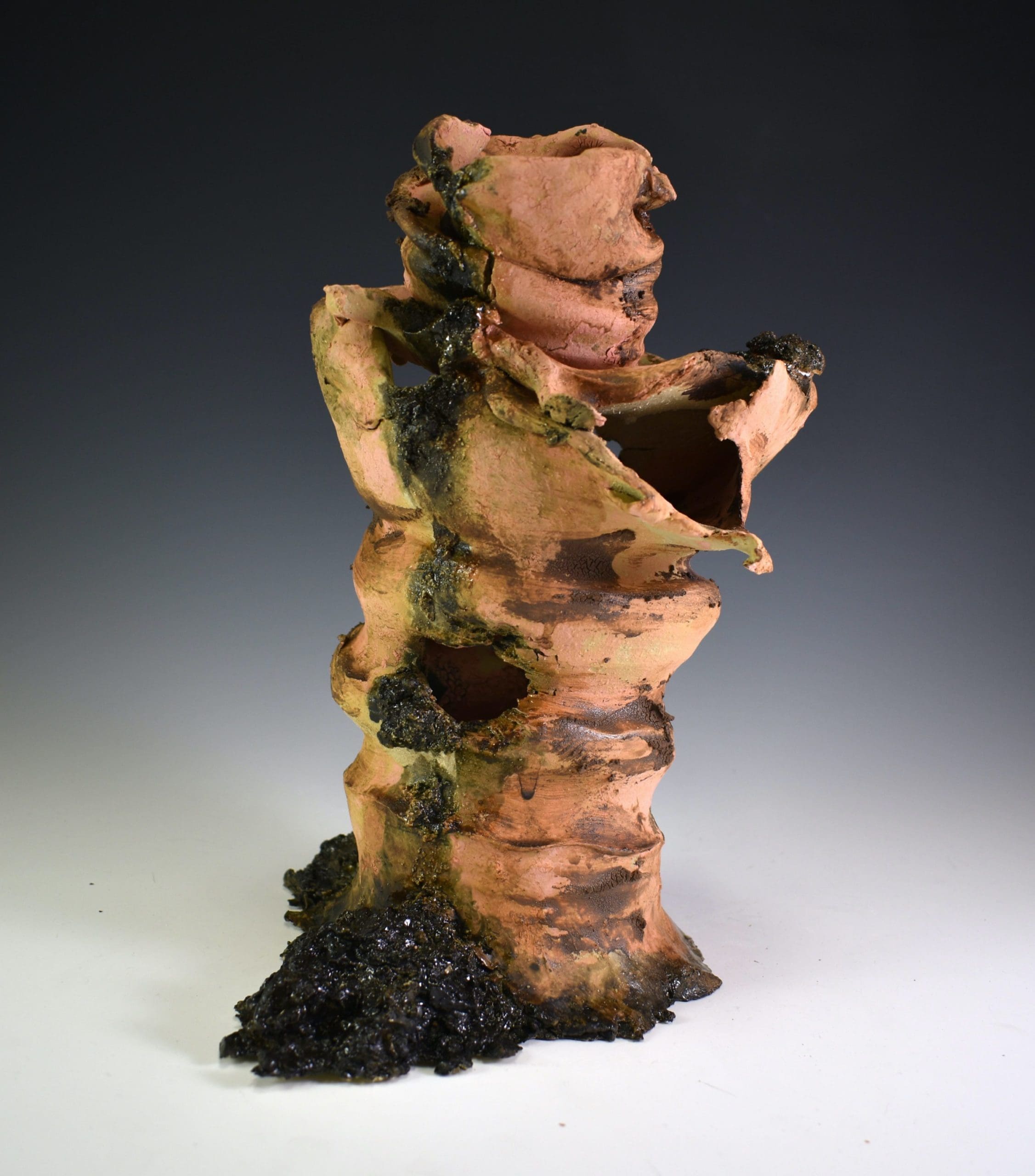 I think of artists as explorers of sorts. We go inside of ourselves with all experiences, beliefs, and personal aesthetics. It gets packed together to create a pseudo-culture that’s different from my own or anyone else’s, and we bring back objects and images of that pseudo-culture by creating them.

My memories as a kid really influence my art making today. One memory, or continuous fact, was that my Dad always had a garage where he worked. There would always be dust. I think that’s where I got the love of working with my hands, and some of the tools I use like a blow torch. At the sports complex where I played hockey, the slushies were called “Slush Puppies”. That’s why I call my cups and mugs with sludge, sludge puppies. My Dad owned a plumbing company and there was always this grody nasty pipe with verdigris and torch marks.

One of the oldest memories was in the car. My dad and my younger brother would rock out to a Jimi Hendrix cover album. My brother and I called this grungy tune the big drum song. That started a lifelong love of grunge music, and it’s look follow suit. As I grew into my twenties, my music taste became harder and angrier. I was listening to more metal and sludge. I wanted to feel that crushing guitar riff. I wanted to see that sludge. I started to listen to more progressive rock and metal along with jazz. My musical taste became more diverse. I wanted to smash all the genres of music I enjoy so much together to create a whole new genre and make studio art for this new genre. I want my work to evoke the feelings that my music evokes. The big drum song as we called was titled Hey Baby (Land of the New Rising Sun).

My first ceramics instructor influenced me, and he was influenced by Japanese pottery. I was greatly moved when looking at Japanese ceramics in person, especially pieces that were wood fired. I think the Japanese ceramic tradition, while a huge part of the Japanese culture, is almost more important to the story of pottery and ceramics than it is Japan. Within the tradition there is an idea of wabi-sabi. I don’t believe that I fully grasp the idea. With that being said, the pots are utilitarian and beautiful works of art meant to be admired. They are rough and perfectly imperfect. Those aspects of the ideology fit with the grunge aesthetic. The pronunciation of the word for “rust” or “to rust” is also sabi. Forms that are rusting, breaking down, and decaying.

If we live to be old enough, we will all develop cancer. Most of us will develop some sort of ailment either physical or mental that will be crippling given enough time. It’s a percentage game. The ceramic vessel is referred to in anatomical terms such as the neck, the belly, or the foot. As such, I often think of ceramic vessels as being abstract people. I distort and add clay slop, which I call sludge, to illustrate this point. I want to show in an abstract way both the decay and beauty of these forms. Going back to the idea of wabi-sabi, there is another technique called kintsugi which is repairing the object with gold to give it new value. In real life you don’t get gold lacquer, you get a scar. I think the scars are more beautiful than trying to give something value or meaning with gold. The distortion and destruction of the forms also calls into question the functionality of the object. Is being a work of art and not a function in and of itself? 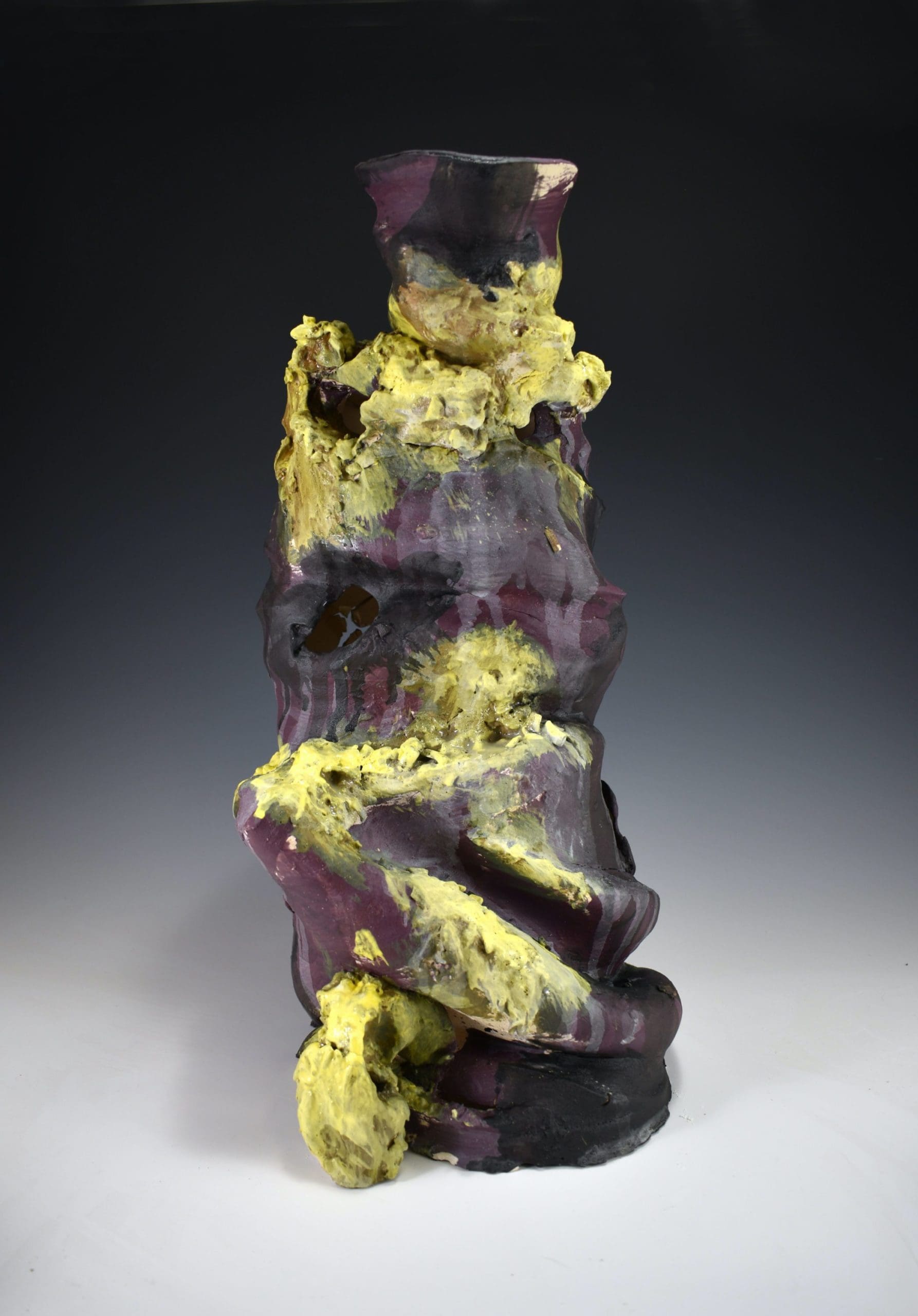 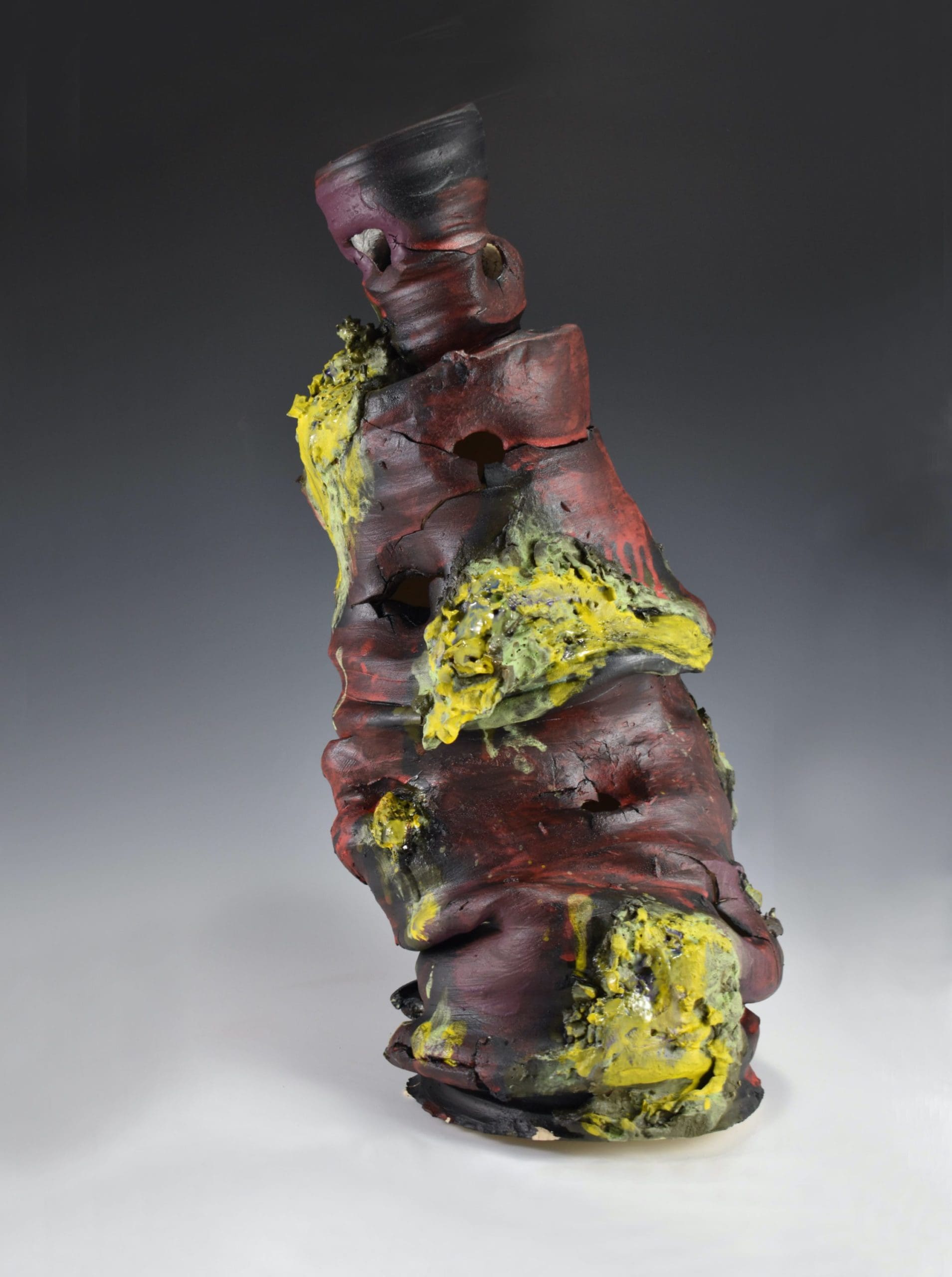 View work by Nic Eckmayer among the jury selected artists in “What is Abstract Art TODAY?” ’20/21 Juried Artists Virtual Exhibit Space 2 (VES2) below