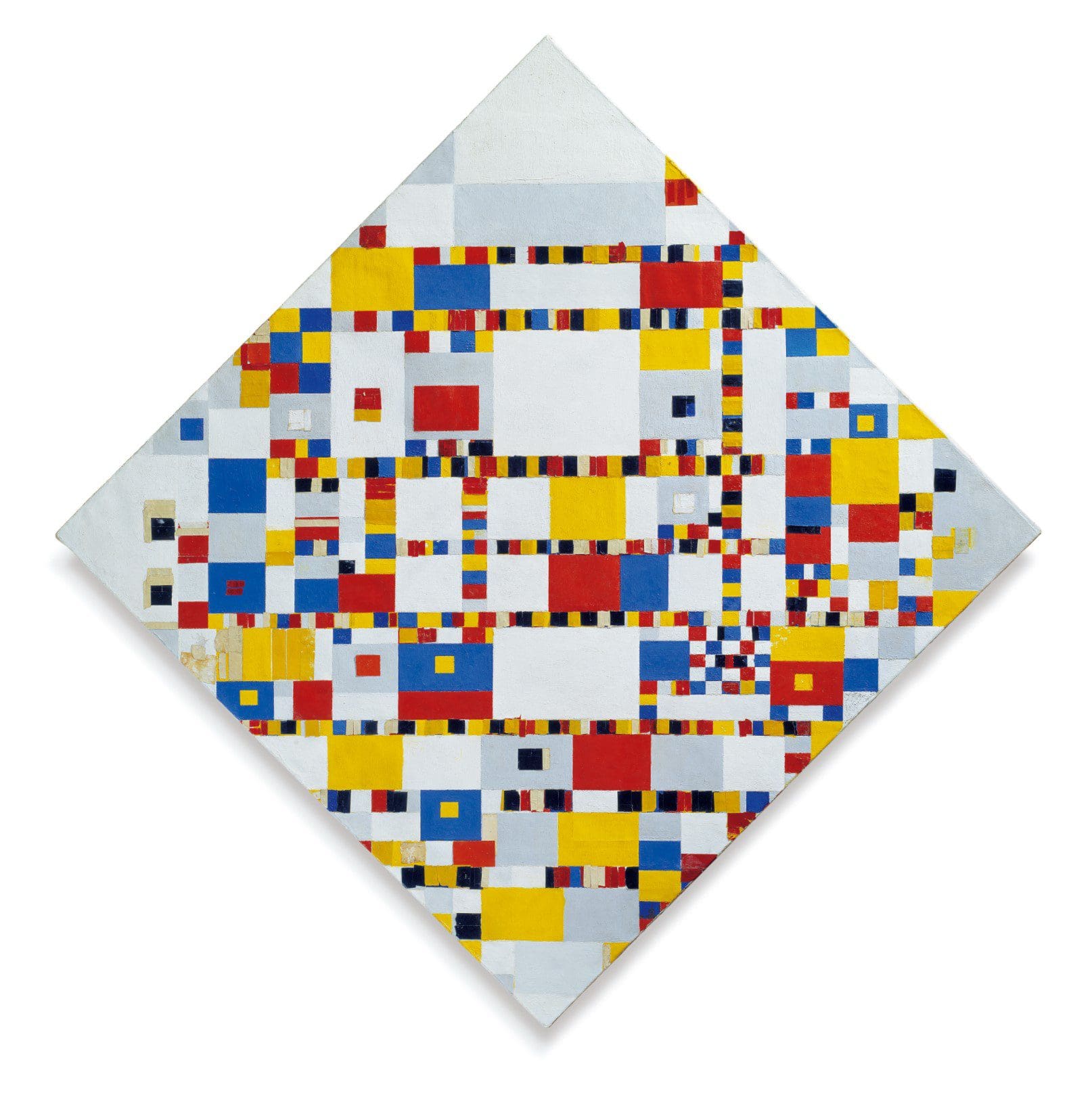 Inside his final studio, on East 59th street in New York, Dutch painter Piet Mondrian covered each wall with painted papers cut into crisp rectangles. Mondrian had become famous at the beginning of the 20th century for this signature style: the three primary colors framed by thick bands of black. But in this piece, the colors had been released from their frames, creating a mosaic of pulsing beats, evoking his beloved jazz and the city’s electric grid.

“We must destroy the particular form” was Mondrian’s mantra throughout his life, and he applied that throughout his career, even breaking down the forms that had made him famous. His final two pieces—Broadway Boogie Woogie (1943) and Victory Boogie Woogie (1942–1944)—attempted to do just that, reducing New York to its essence. And with Victory Boogie Woogie, left unfinished at the time of his death in 1944, Mondrian pushed the destruction of his conventions even further, turning the canvas so it became a diamond instead of a square. He conceived the painting in anticipation of the Allied triumph, which he never lived to celebrate.

@peepso_user_75(Kate Hendrickson)
The last image in the article is quite intriguing regarding the space created by primary colored line. No black lines.
1 year ago 1 year ago