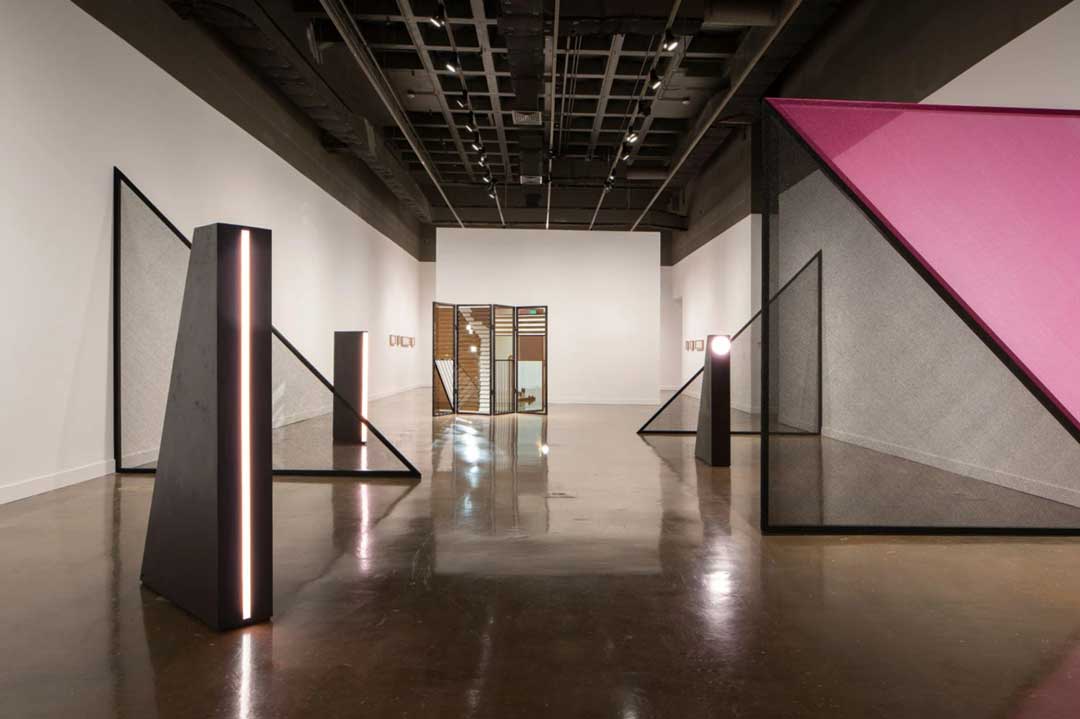 IN SANDRA MUJINGA’S VIDEO Worldview (2021), a chilly pastoral scene plays for eight hours across three framed screens. Are we looking through a window? A portal? Mujinga shot the footage at the innermost part of the Norwegian fjords at Gudvangen (from the Old Norse for “a god’s place near the water”), an area in the west of the country where archaeologists have uncovered pagan Norse ritual sites. I never saw any creatures in Worldview, but Mujinga claims that little animals scamper about in the film and, occasionally, a sea monster shows a fin or two. Mujinga, who is influenced by Afrofuturism and speculative fiction, aims to depict a space where “gods, monsters and other beings with exaggerated humanoid bodies” are moving about in broad daylight, yet are also hidden from viewers. “The co-inhabitants of this world seem not to care about the watchers,” the press release accompanying the video’s recent presentation at Swiss Institute in New York states, “but nonetheless, they prefer not to risk too much visibility.” Visibility, here, might mean becoming vulnerable to predators who could capture, study, or ogle them without regard for their well-being. Here, time functions as a means of obfuscation. The video is so long that most viewers won’t see much of it. This is a way for her subjects to exist without the tyranny of a viewer.

In some ways, Mujinga’s video aptly exercises what the Martinican writer and poet Édouard Glissant (1928–2011) called “the right to opacity.” In his final collection of essays, Philosophie de la relation (2009), Glissant described a stance intended to preserve all the nuances of one’s humanity amid forces, often colonial or imperialist, that seek to capture and flatten one’s subjectivity for easy legibility or categorization.