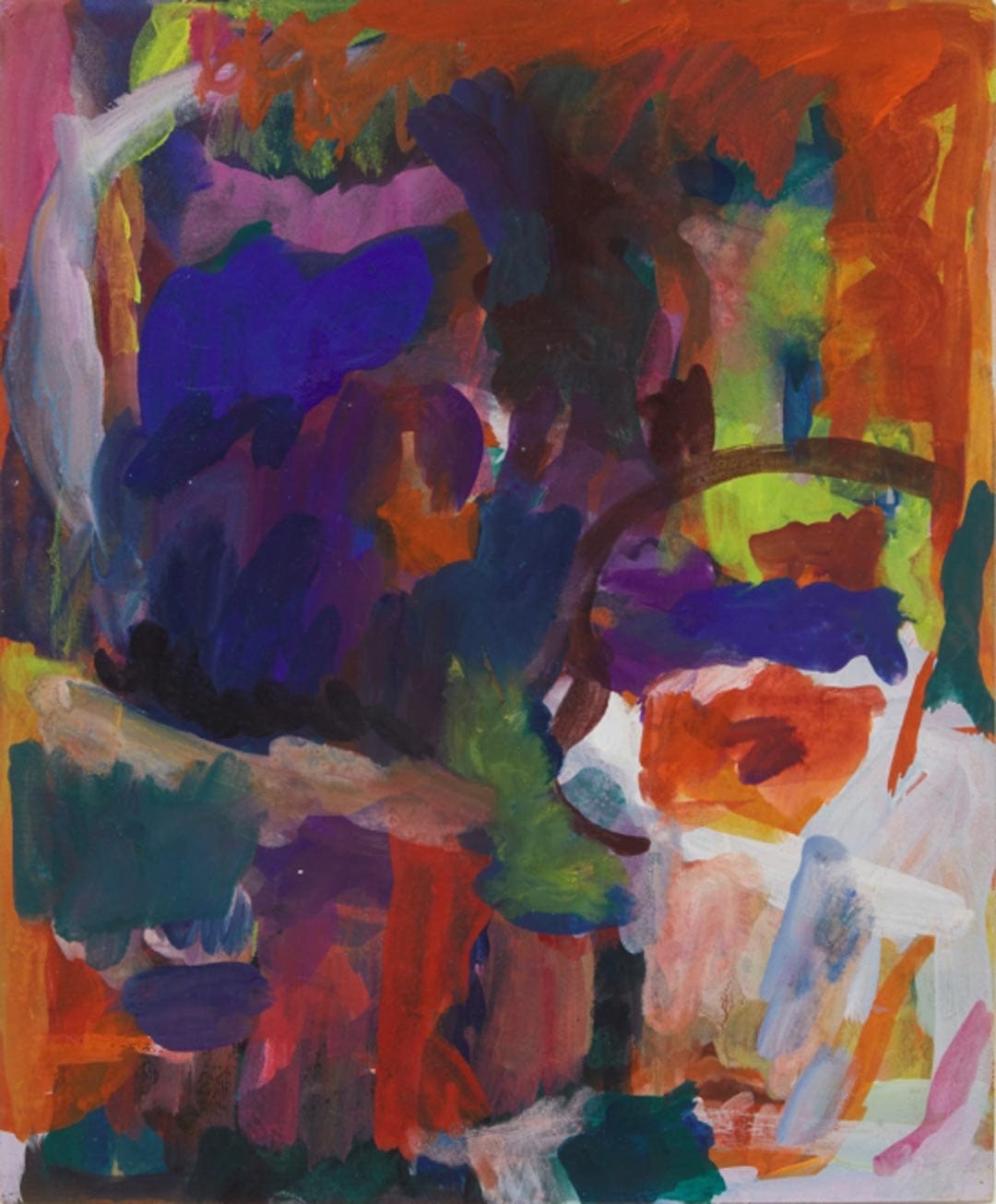 Shirley Jaffe is an outlier in the history of Abstract Expressionism. A member of the so-called “second generation,” she was born in Elizabeth, New Jersey, in 1923, and grew up in Brighton Beach, Brooklyn. She studied at the Cooper Union School of Art. In 1948, she saw the Pierre Bonnard retrospective at MoMA, which influenced a number of artists of her generation, and in 1949 she moved to Paris with her then-husband, Irving Jaffe. In Paris, she became part of a scene of expatriate artists that included Jean-Paul Riopelle, Sam Francis, Norman Bluhm, Jack Youngerman, Ed Clark, and, later, Janice Biala, Kimber Smith, and Al Held. Unlike the other Americans in this group, Jaffe, who passed away in 2016, never returned to the United States.