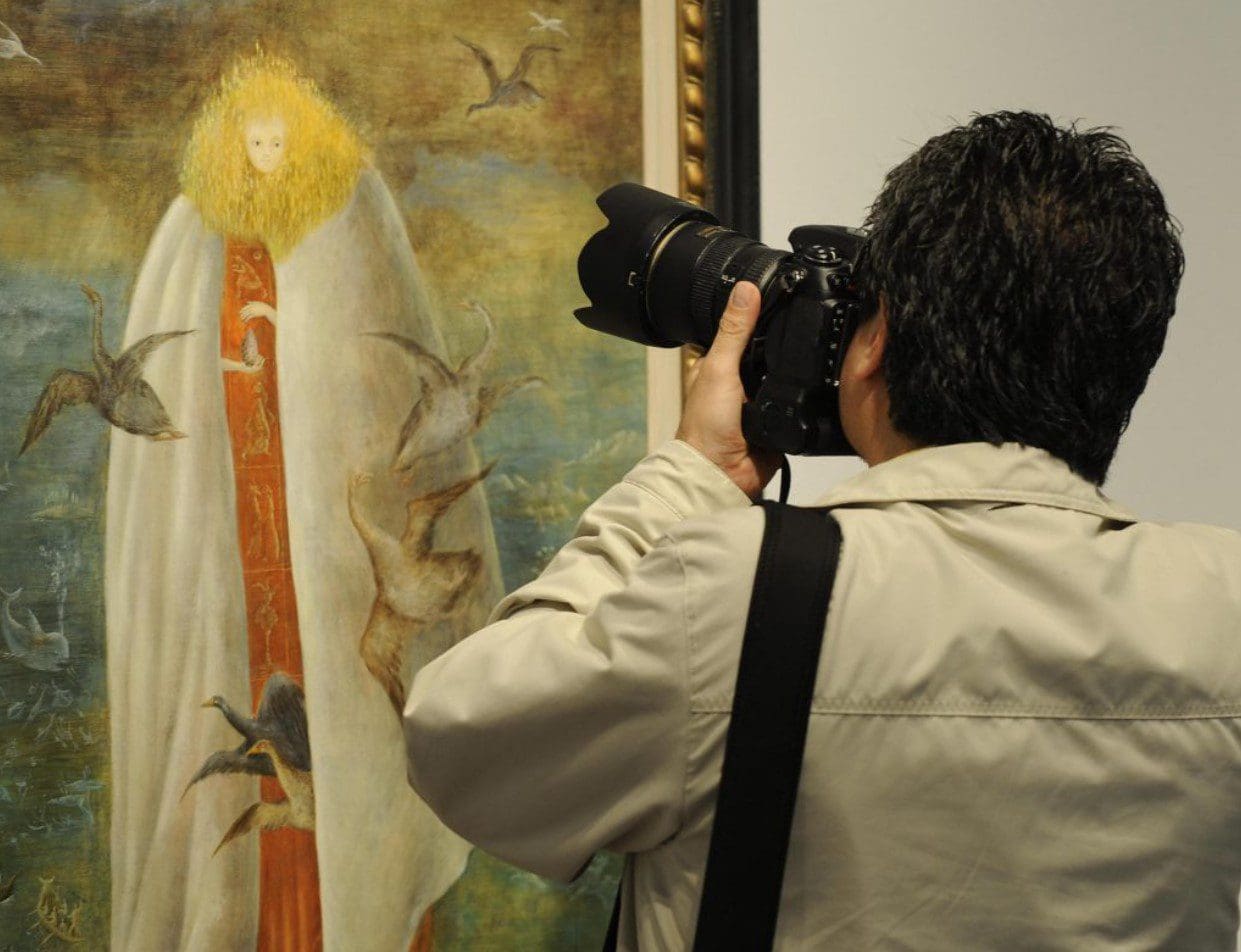 Leonora Carrington’s The Giantess by Leonora Carrington during the media preview May 26, 2009 at the Christie’s Latin American Sale in New York. (Photo by Timothy A. Clary/AFP via Getty Images)

The 1985 publication of Whitney Chadwick’s Women Artists and the Surrealist Movement radically upended art historians’ understanding of surrealism. Though women had been part of the Surrealist entourage since its inception and were included in a number of exhibitions, their role tended to be circumscribed. The movement’s male founders regarded women as natural embodiments of the irrationality that they themselves laboriously strived to cultivate. Idolized as muses, women were sidelined as creators both by the male surrealists and by subsequent art historians. Chadwick’s book changed all that by drawing attention to a raft of fascinating women associated with the Surrealist movement who are now recognized as remarkable innovators in their own right.

One of these in particular, Leonora Carrington, is having a moment now. Included in the Metropolitan Museum’s recent “Surrealism Beyond Borders”—itself a piece of ground-breaking revisionism—she has for some time been the subject of an academic cottage industry