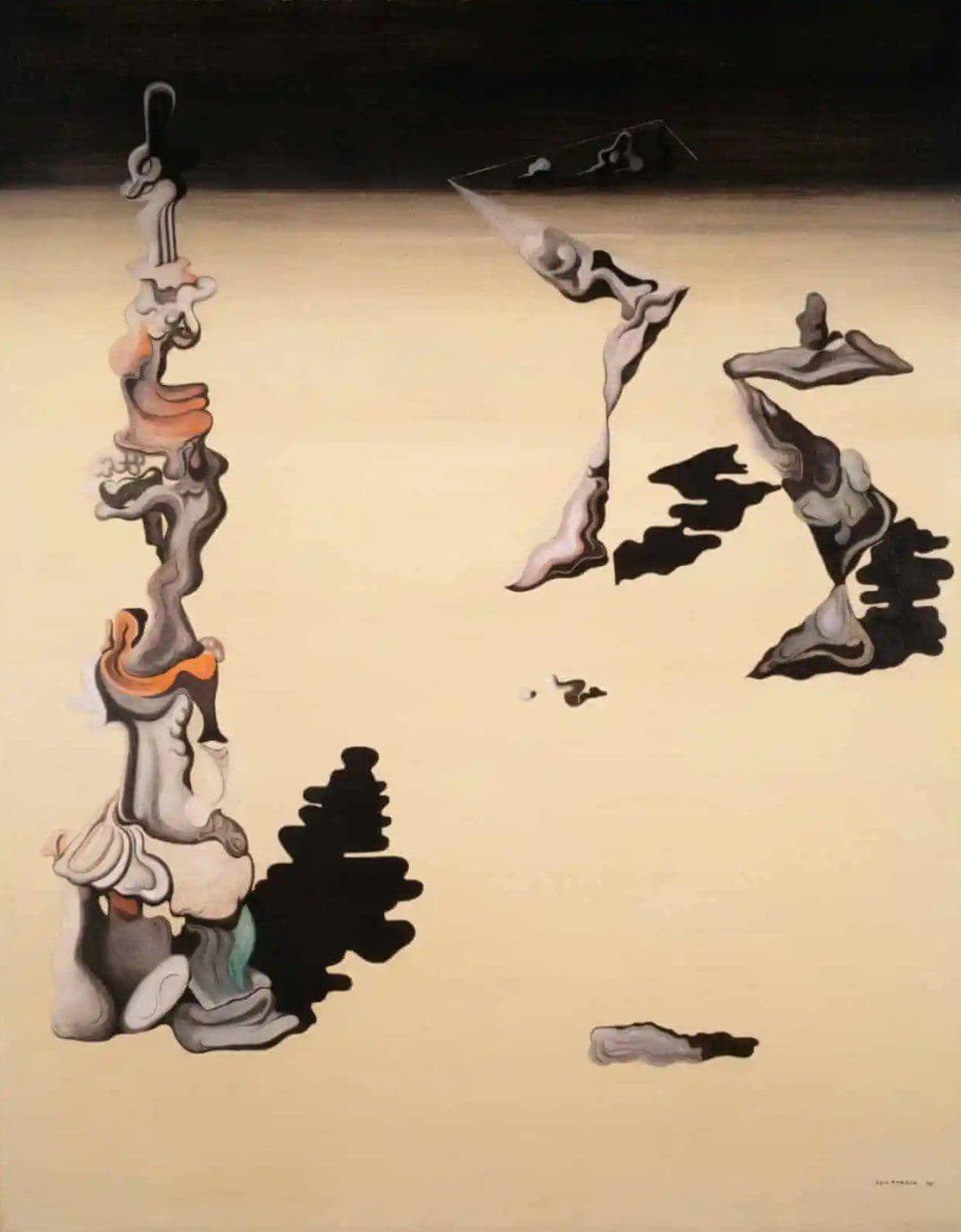 For decades, scholars thought that a painting by Surrealist artist Yves Tanguy was destroyed during a raid on a Paris cinema led by two right-wing groups. Now, in a find that has shocked even those with a deep knowledge of Tanguy’s oeuvre, that painting has been found and brought back to its original state.

It turns out that that painting, Fraud in the Garden (1930), had been hiding in plain sight, in a way. The Guardian reports that the painting had been bought at auction in 1985 by a French owner who had suspected that the work may be the one that some believed was lost back in 1930, shortly after its creation. Jennifer Mass, a restorer, analyzed the work, and discovered that the painting bought at auction was indeed the original.