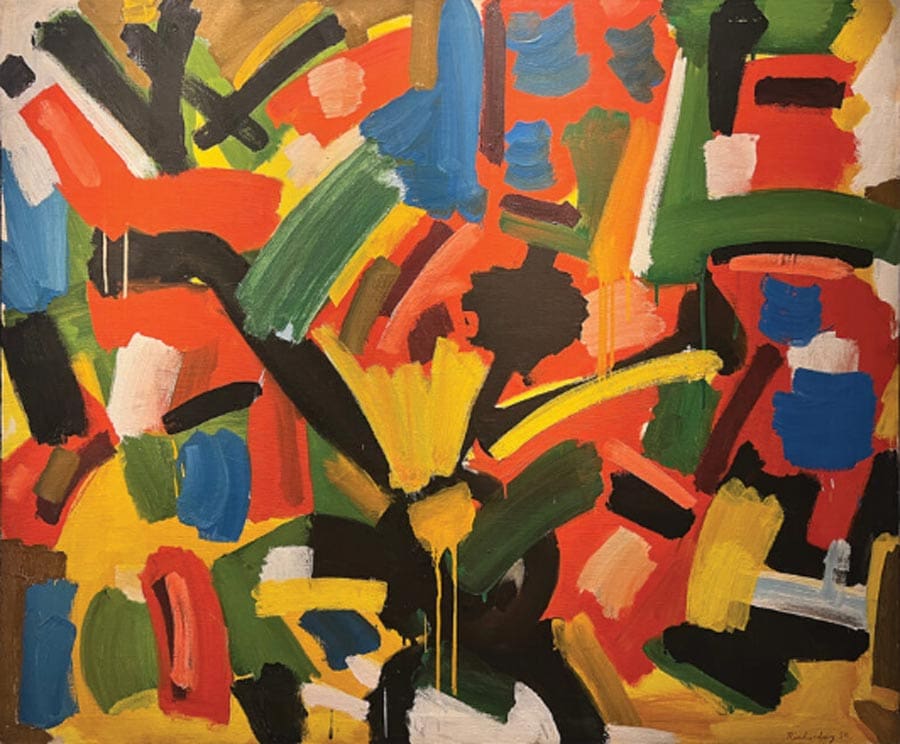 Artist Robert Richenburg marched to the beat of his own drum exploring the possibilities of artistic style.
By William Corwin

Positioned between the mysterious shadows of Ad Reinhardt and the exuberant, frenetic, but controlled brushstrokes of Willem de Kooning, Robert Richenburg (1917-2006) found his sweet spot. He created intense fields of color that he then obscured in a thick and opaque coating of black, which was scraped, etched into and peeled away to reveal a blinding plasma-like presence just below the surface. He painted at least 60 of these canvasses, and noted collectors bought up the works. But Richenburg notoriously turned his back on this avenue to lasting success and followed many fascinating and various directions; some successful, others less so. His decision to do this was based partly on a conscious rejection of the “rules” of an art world that demanded consistency, but also on a restless spirit, as well as circumstances that were beyond his control.

Like many of the Abstract Expressionists, Richenburg pounced on the European notion of painterly abstraction, and for much of his early career wrestled with the formalistic concerns of color, significant form and texture. The AbEx movement came to life with the injection of postwar American angst into painting; as the paintings of Jackson Pollock, Lee Krasner, Mark Rothko and Richenburg began to bristle with unstable energy the art world and wider public recognized and embraced the painters’ emotional honesty.