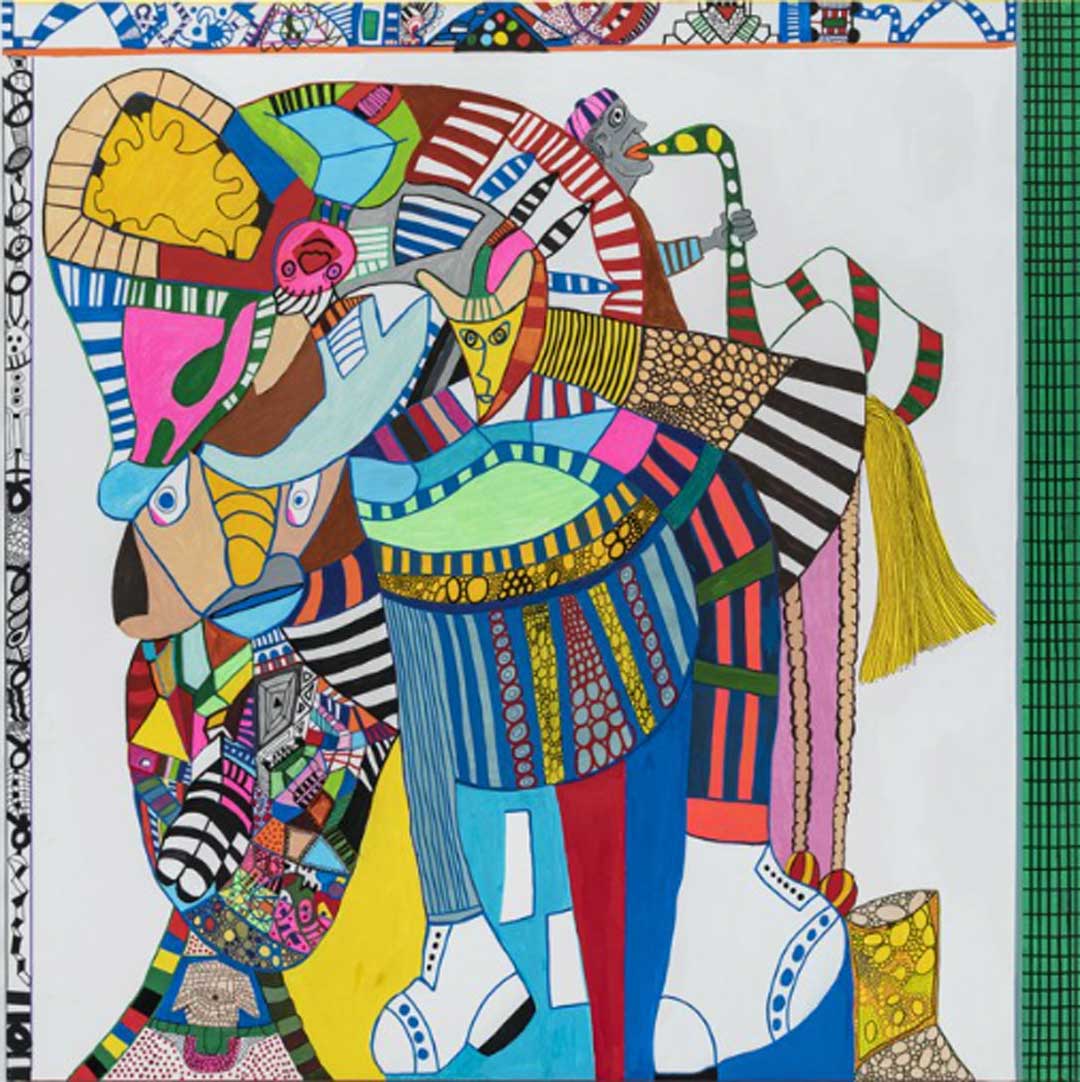 PRESS RELEASE
Corbett vs. Dempsey is pleased to present Roscoe Mitchell, Keeper of the Code: Paintings 1963-2022. This is Mitchell’s first exhibition with CvsD.

Roscoe Mitchell (b. 1940) has been a leading figure in the performing arts for over 50 years. Keeper of the Code is the first solo exhibition to spotlight his work in the visual arts. Born and raised in Chicago, Mitchell formed the Roscoe Mitchell Art Ensemble in 1966, featuring Lester Bowie and Malachi Favors. Three years later, adding Joseph Jarman, upon their departure to Paris for a two-year sojourn the group transformed into the collective interdisciplinary troupe called the Art Ensemble of Chicago. By that time Mitchell had already recorded the first LP of music affiliated with the Association for the Advancement of Creative Musicians (AACM), Sound (Delmark, 1966), and he had joined forces with St. Louis trumpeter Bowie for Numbers 1 & 2 (Nessa, 1967), which featured a painting by Mitchell on its cover. Indeed, Mitchell had been painting since 1963, and he continued on and off into the heyday of the Art Ensemble and through a hyper productive sequence of decades of solo music, improvised encounters, and music for Mitchell-led ensembles.