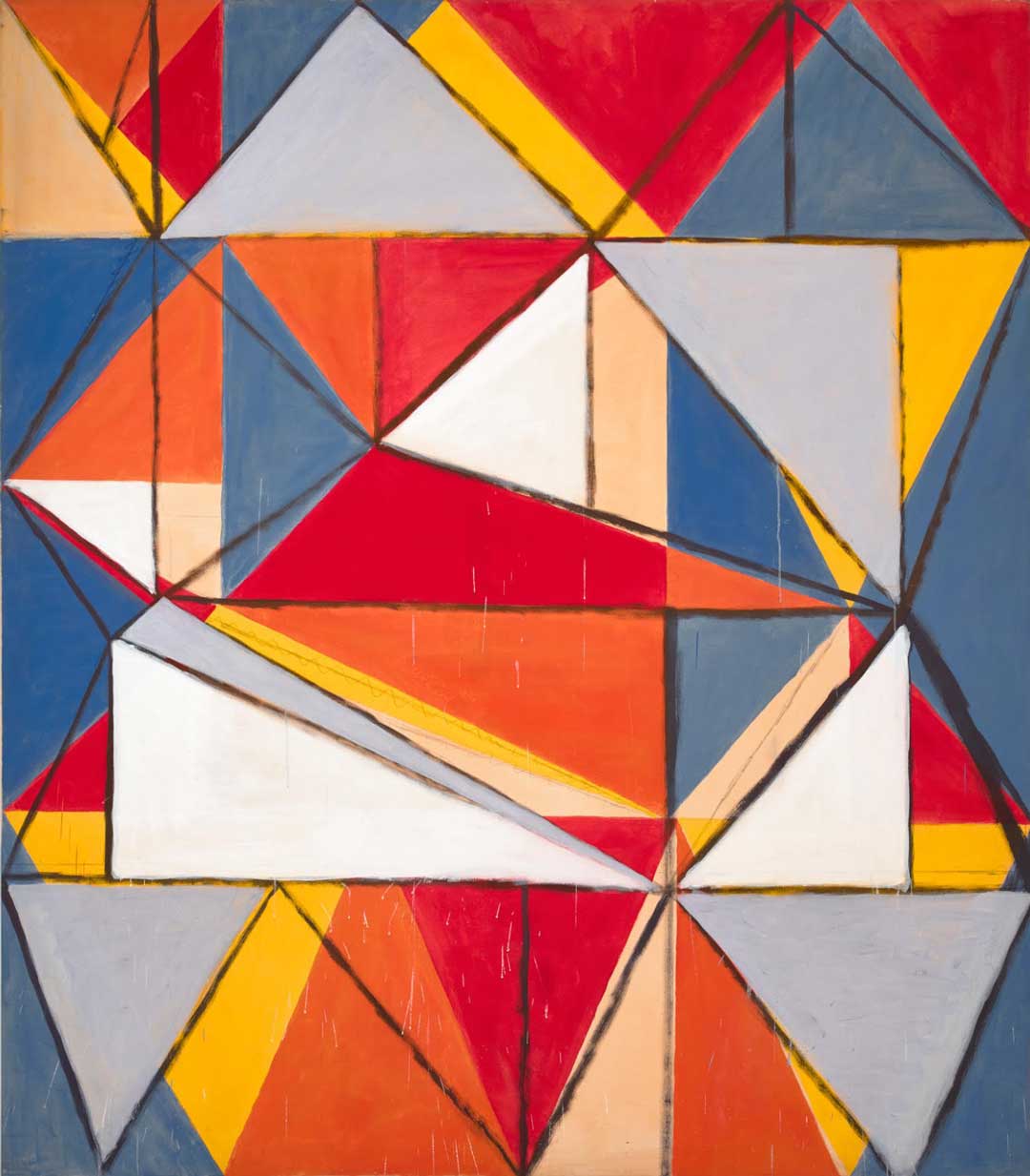 I was not surprised to learn that the abstract artist Thornton Willis, who was born in Pensacola, Florida, in 1936, the son of an evangelical minister, has never had a survey show in New York. He belongs to the group of largely unaffiliated artists living in downtown New York between the late 1960s and late ’70s, who worked to make a space for themselves in painting after Abstract Expressionism, Minimalism, Pop art, and the “death of painting,” when the art world was dominated by conceptual art and the anti-optical. Except for the eye-opening traveling exhibition, High Times, Hard Times: New York Painting 1967-1975 (2006), curated by Katy Siegel with David Reed’s input, the experimental abstraction of this decade has largely been overlooked. And even that show did not address the breadth of what was going on in abstraction during that period, as Thornton Willis’s Slat paintings were not included.

The 21 abstract paintings in Thornton Willis: A Painting Survey, Six Decades: Works from 1967 – 2017, at David Richard Gallery’s uptown and new Chelsea location (uptown: April 4–May 13; Chelsea: March 30–May 13, 2022), convey a restless artist working within the domain of geometric abstraction who never developed a signature format.